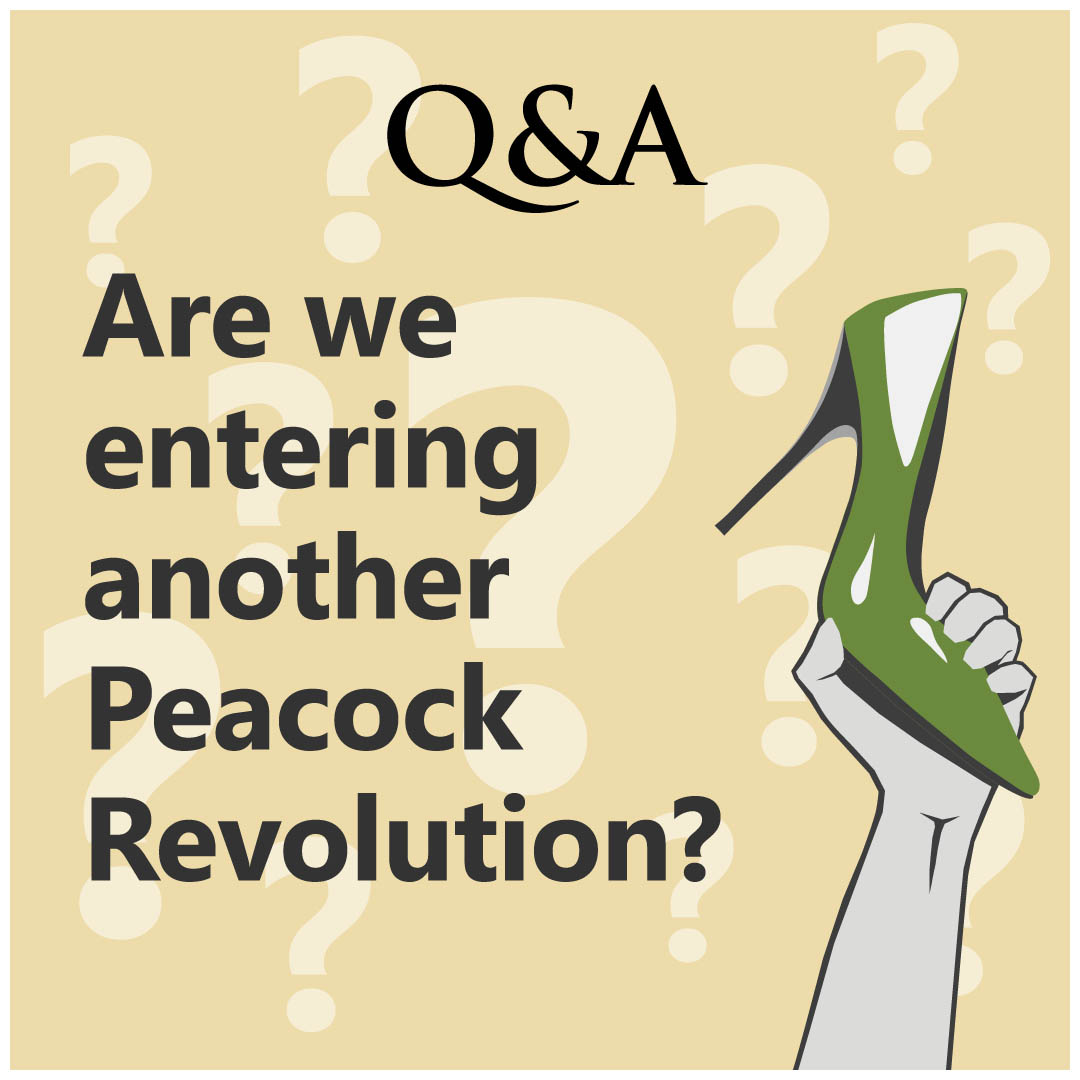 Are we entering another Peacock Revolution?

The 1960s saw a huge shift in men's fashion, as the standard template of the tailored suit gave way to more flamboyant styles.

The 1960s saw the trend gather pace and more colourful and unapologetic patterned shirts made an appearance, popularised by groups like The Rolling Stones and The Beatles. New retail opportunities appeared, supporting this new style, bringing it to the masses. High heeled boots replaced shoes as the footwear of choice for men.

Towards the end of the 60s, military style also became popular and once again driven by groups like The Rolling Stones and The Beatles, reflecting a new desire for something fresh and new.

The new flamboyance of men’s fashion during the 1960s lead to the name “The Peacock Revolution”.

We now have male music artists, film stars and other people in the public eye who are wearing more flamboyant clothes and occasionally a pair of heeled shoes too. There is a move towards more individuality and self expression.

It does appear that we are heading in a similar direction.